Get in touch to book your free, no-obligation lawn survey. We can deal with a wide variety of weeds, including Japanese knotweed and other invasive species. 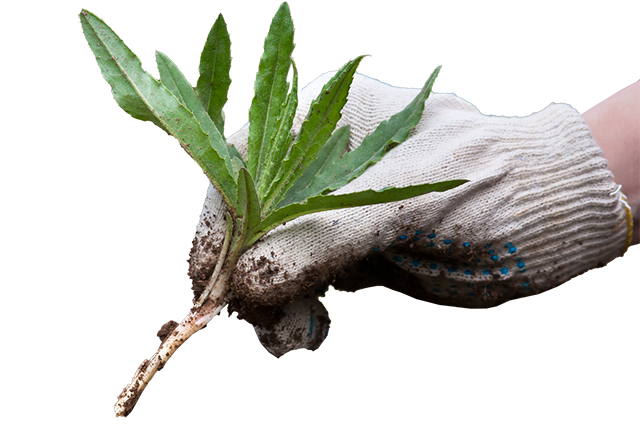 Contact Us  > Worried about Japanese knotweed? Book a FREE site survey and we’ll send an invasive weed specialist to take a look.

Lean how to identify Japanese Knotweed

With so much to lose, we think it’s important to spread the word and share our Japanese knotweed knowledge so that you can identify Japanese knotweed quickly if you do ever come across this plant. We’ll also advise you on the best cause of action to take so you can regain control of the situation before it’s too late!

Not sure if it’s Japanese knotweed?Send us a photo!

How to identify Japanese knotweed

Let’s not beat around the bush: in order to identify Japanese knotweed accurately, you’ll need to know exactly what it looks like. Unsurprisingly, very few people are blessed with an encyclopaedic knowledge of plants, so identifying this worrisome weed can be a bit of a challenge. We’ve put together a handy Japanese knotweed identification guide to help you determine whether the suspicious new plant on your property is Japanese knotweed or something less menacing.

Have a click around our Japanese knotweed specimen to see its key characteristics:

Japanese Knotweed Stems - Knotweed stems are a purple/red colour in summer but become dry and brittle in winter.
Close

Japanese Knotweed Flowers - Growing in clusters, these small white flowers are likely to appear towards the end of summer.
Close

Japanese Knotweed Leaves - Shaped like hearts with a pointed tip, knotweed leaves are staggered along the stem and can grow to be 20cm long. 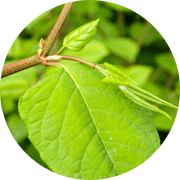 When Japanese knotweed’s leaves first emerge, they are a bold burgundy colour and are rolled up around the tip of the offending asparagus-like shoot. As the leaves begin to mature, they unfurl to display a deep green colour and red veins. A fully-grown Japanese knotweed leaf is the green, love-heart shape we’ve come to recognise. 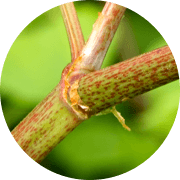 Japanese knotweed stems are often mistaken for bamboo. The main stem is dense, hollow and wood-like in texture. The smaller, younger shoots are not hollow; they’re very thin, malleable and grow in an iconic zig-zag pattern. 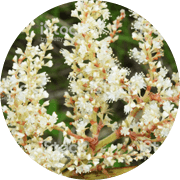 Like many plants, Japanese knotweed grows flowers during the summer months. The flowers themselves are an off-white colour and could almost be considered rather pretty. It’s a shame the plant itself is so problematic! 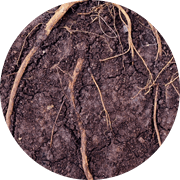 The rhizome or root of the Japanese knotweed plant is the underground invader that allows Japanese knotweed to spread as far and fast as it does. The roots are a bright orange shade on the inside and a dark brown colour on the outside.

Identifying Japanese knotweed throughout the year

Japanese Knotweed looks very different during the different phases of its life. The best time of year to identify knotweed is in the mid-to-late summer, when the plant is fully grown and its distinctive leaves and flowers are on full display. We’ve put together a handy pocket-guide to help you identify Japanese knotweed all year round.

During the spring, Japanese knotweed begins to make its presence known. Typically starting in mid-March, red and purple shoots will begin to appear and quickly bear rapidly growing leaves.

In the height of the summer, Japanese knotweed is in full swing. Bright and full, it appears green and leafy above ground, with purple-speckled stems. This is when you’ll spot those creamy-white Japanese knotweed flowers.

As the lush green of the summer turns to autumnal auburn, Japanese knotweed follows suit. Its leaves will turn a yellowy gold, while the stem will fade to a darker brown.

As temperatures drop, the wintertime design of Japanese knotweed becomes far less colourful. Brown and bare, the weed retreats back to its rooty rhizomes, leaving behind its woody stalks.

Knotweed or not? That is the question...

Thankfully, not all suspected cases of Japanese knotweed are the real deal. In fact, the villainous vine has many doppelgangers and most instances of suspected knotweed are merely a case of mistaken identity.

Before you start panicking or butchering your back garden, be sure you have a genuine case of Japanese knotweed on your hands. Many plants look like Japanese knotweed, including the following species: 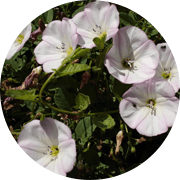 Baring heart-shaped leaves like its Japanese twin, this also has a rapid growth spurt when it first appears in the springtime.
However, unlike Japanese knotweed, Bindweed isn’t capable of supporting itself and, instead, makes its vertical ascent by coiling itself around the stems of other standing plants.
It also boasts large flowers in the summertime, clearly differentiating itself from traditional Japanese knotweed. 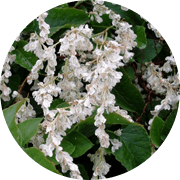 Much like Japanese knotweed, Russian Vine has similar looking leaves and flowers, while it is also fast-growing.
On the other hand, it is also similar to Bindweed in that it relies on other plants to grow upward, twisting and climbing around the stems of taller, more solid vegetation. 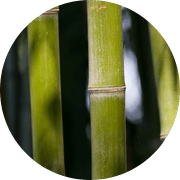 The most widely known of its contemporaries, bamboo grows tall like knotweed and also has visible nodes on its stem, making the two very similar in appearance.
That being said, bamboo stems are considerably denser than its Asian brethren and boast a strong sturdiness lacking in Japanese knotweed. Bamboo leaves are also notably narrower and longer. 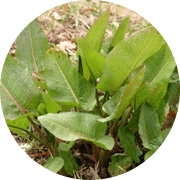 Part of the same family, Broadleaf Dock shares numerous characteristics with Japanese knotweed, from its arrangement of leaves to the spiky shape of its flowers and stems.
However, this plant is typically shorter than Japanese knotweed and contains a foamy substance in its stem, clearly visible when cracked open.

What to do if you suspect Japanese knotweed

If you’re fairly certain you’ve come across this invasive crop then you need to get a professional second opinion. Someone who’s used to dealing with Japanese knotweed on a regular basis will be able to confirm the plant’s identity, determine the severity, and advise you on the best course of action.

Get in touch with the Taylor Total Weed Control team if you'd like us to perform a free, discreet, no-obligation survey of your suspect shrub.

Not sure if it’s Japanese knotweed?Send us a photo!
More Helpful Links